On the one hand, the book “1984” written by George Orwell presents us with a society, located in England, completely controlled by the mass media, and how an individual, Winston Smith, fails in his attempts to reveal himself and escape its influence. On the other hand, in the film based on the graphic novel “V for Vendetta” written by Alan Moore, English society and the control of the media over it are presented.

The character nicknamed “V” has been a man used to carry out experiments with humans to carry out biological weapons. “V”, our rebellious protagonist, attentive to the government to, in a way, “liberate” society from the power of the government and achieve its ruin.

Winston works at the Ministry of Truth, a place where news published in newspapers is erased and rewritten according to what the Party declares to have happened. In “1984” there is no history, there is no fixed concept of history, and in all the records that one can go to, the only thing that one will find is that the Party was always right, it always did what it promised to do and never has been wrong at all.

On the other hand, in “V for Vendetta” you can see how the government takes complete control over the media to transmit what they want people to believe is happening. Thus, a man with the “V” mask is shown, killed by mistake and it is announced that the terrorist had been arrested and killed by the police by showing that image. Here again, we can highlight in common the point that “the government or Party is always right, they always do the right thing and thanks to them we live calmly”, in short, “thanks to our government, we are all happy” which is presented in both works. We can also highlight that in both arguments it is presented that for society “what the media says is the absolute truth.”

In both works, the protagonists are presented as the rebels of society, as those who do not agree with the masses and what is imposed by the political system. The society in which he is presented to Winston is much more repressive and controlled by the media than the one in which “V” resides so that Winston’s attempts at disclosure are more submissive and much more based on individual thought than those in which “V” resides of the protagonist of “V for Vendetta.”

“V” is presented as a terrorist, a person against the government, much more powerful and dangerous than Winston is. “V” plans to blow up institutions, symbols that for society have much more meaning than they represent. He seeks the fall of the government, the liberation of the mass society. His actions have a different dimension than Winston’s, although his goals are the same. Besides, the two works were taken to the cinema and in both acts, the famous British actor John Hurt was twice nominated for an Oscar and famous for his roles in classics such as “Crime and Punishment”, “Dogville” or “Midnight Express”.

Thus we can observe how two excellent works, which have been written a few decades ago, predict a world that already today begins to present certain characteristics of what could end with societies completely influenced and controlled by the mass media. 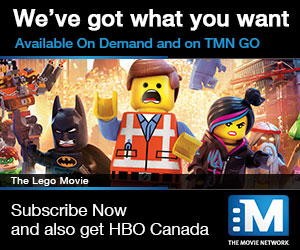 We use cookies on our website to give you the most relevant experience by remembering your preferences and repeat visits. By clicking “Accept”, you consent to the use of ALL the cookies.
Cookie settingsACCEPT
Manage consent

This website uses cookies to improve your experience while you navigate through the website. Out of these, the cookies that are categorized as necessary are stored on your browser as they are essential for the working of basic functionalities of the website. We also use third-party cookies that help us analyze and understand how you use this website. These cookies will be stored in your browser only with your consent. You also have the option to opt-out of these cookies. But opting out of some of these cookies may affect your browsing experience.
Necessary Always Enabled

Any cookies that may not be particularly necessary for the website to function and is used specifically to collect user personal data via analytics, ads, other embedded contents are termed as non-necessary cookies. It is mandatory to procure user consent prior to running these cookies on your website.

You can find out more about which cookies we are using or switch them off in settings.

This website uses cookies so that we can provide you with the best user experience possible. Cookie information is stored in your browser and performs functions such as recognising you when you return to our website and helping our team to understand which sections of the website you find most interesting and useful.

Strictly Necessary Cookie should be enabled at all times so that we can save your preferences for cookie settings.

If you disable this cookie, we will not be able to save your preferences. This means that every time you visit this website you will need to enable or disable cookies again.